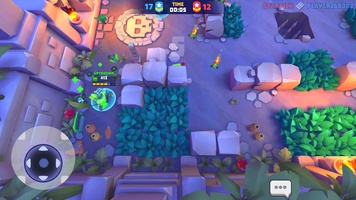 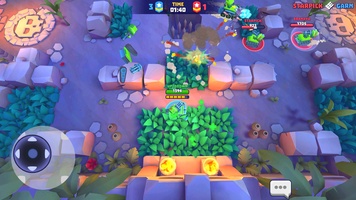 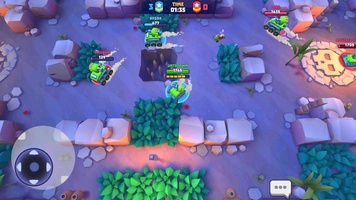 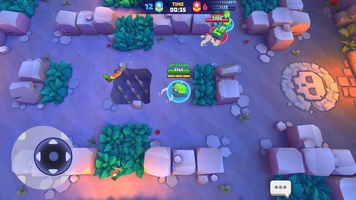 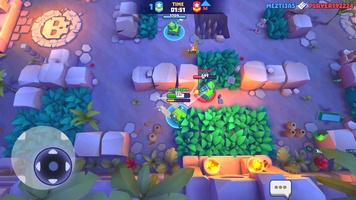 Advertisement
Tanks A Lot! is a multiplayer action game, similar to Brawl Stars, where each player gets to drive their very own tank. The battles last three minutes and are played in teams of three. The team who defeats the most enemies wins.

The controls in Tanks A Lot! are simple: with your left thumb, you can control your tank's movement, while you use the right to aim and shoot. Depending on the type of cannon you've chosen, your weapon will have one range or another. There are some that don't reach far but do a lot of damage and others that shoot really far but do less damage.

Just like what happens in a lot of games like this, in Tanks A Lot! you can get cards that let you upgrade certain aspects of your tank. With these cards, you can get new parts for the lower part of the tank along with new cannons. You can also improve them little by little.

Tanks A Lot! is a fast-paced tactical action game that offers a fun gameplay and spectacular graphics. Plus, thanks to the different parts of the tank that you can collect, you can create over a hundred different tanks.
Reviewed by Andrés López Translated by Ashley
Advertisement

Why is this app published on Uptodown?
(More information)

How to reactivate an account / id that has been lost?

Similar to Tanks A Lot!